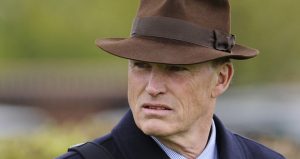 Musings, Amusing Musings, Thoughts, Distorts and General Ramblings on the
SECOND Oldest Profession in the World by THE GRADUATE.

Hi there and welcome back!

First of all I would like to apologise to my fan (hi Kevin!) for the tardiness in delivering my blog.

This is due to circumstances beyond my control.

I’ll explain as it’s relevant to me ending up here and back in the world of betting.

A couple of years ago I moved back to London to take care of my mum.

I had come to the end of one of my careers in Southampton and decided to give my sister some support. Anyway, I missed the Ol’ Smoke!

This meant temporary unemployment and hours staring at my Apple Mac.

I used to be a fair weather gambler without any plan or idea and suddenly I found myself drawn to the idea of getting back into betting,but on a more serious level.Starting with zero information I trawled the net and also joined a site called GeezGeez run by the very talented and serious hardworking Matt Bisogno. I had a few go’s on their free trial and was amazed to see how much the site progressed. It’s goldmine of facts,stats and general inspiration and that’s what you need when subscribing to a system.

This was the start of what so far has been an amazing journey (so far,so good!).

If you have ever looked after anyone in palliative care, you will know it’s a stressful and unpredictable journey. My mum is a tough old boot 89 years young and has baffled the doctors with her longetivity. I’ve stopped counting the amount times I have called into the hospital for the last rites only to be confronted by a healthy looking biddy, sat in an armchair, absorbed by the latest episode of Jeremy Vile..At one point I was thinking of setting up a hospital bookie in the Emergency Unit relieving the so called ‘experts’ of their overtime shrapnel.

As I write this, mum is upstairs back from her latest two week sojourn at the local hospital.

Like me she is looking forward to Ascot and the next Chelsea match.

Things are looking odds on at the moment…

JOHN GODSEN – THE SPECIAL ONE

I know we are going back a week but I must give a big shout out to Uber trainer John Godsen, who from now one will be referred to as John ‘Godsend’. He has got to be one of the coolest customers on the turf. With the emotional range of Roger Moore on botox (he would be devastating as a poker player) he was the star of Goodwood, a panacea to those blathering commentators on ITV.

Always positive, describing his star entries as having big hearts. I’m pretty sure if you spent the rest of your days backing Godsen horses you would come out with a decent profit. Now there’s an idea-how about The Godsend system?

With the start of the Football season, Ascot, Ebor, PGA Championship etc, etc like me you are probably get bombarded with offers for trials Systems, Tipsters, Sporting Oracles etc.

Being a self confessed trial addict I must admit to having signed to an offer or two (dozen).

Most of them are ridiculous. One so called qualified punter sent me his betting secret which consisted of a paragraph typed out, badly.

To be honest I don’t think you can getting anything out of a 28 trial. I think at least 60 days would give you an idea of the up and downside of a product.

Having said that I have discovered one excellent football pundit who site is one of the most professional I have ever seen. It has clear directions and provides an excellent course in trading that makes me feel that I am doing a University. I wont say any more at the moment as it’s early days.

But I must share this zinger of an email I received. This is totally genuine. 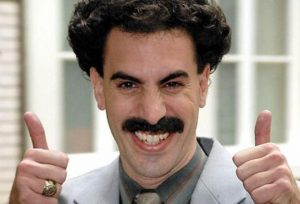 Since May he gave 5 such games, all won. We talk about games with involved Czech, Slovak and Polish teams, mainly club friendlies. We all know that teams from Eastern Europe make a lot of money in such friendlies and now is the seAson with friendlies. He gave recently such game which won without a problem.

the info was straight from the Kosice captain that they are going on a holiday day to Budapest and to win some money – it won without a problem, the guests played with juniors and the goalkeeper was motivated to consider goals…

From 2 days he has info about another such game, he sent it today:

I DON’T WANT MONEY for this pick. Just check it or if your regular stake is like 20 euro or a little bit more and you bet it, only if you want you can send me after the match like 10 euro and you can get infos like this in future. If the match wins of course.

Who is working with me for years knows that I offer only verified tipsters, I hate any kind of scammers, especially these with “fixed games”, but we all know fixed games exist and when I found and tested such source I can share the info with you.

Do you want to hear the sad part. I actually followed the bet and it lost!

Next stop Nigerian banker asking for $600 to access a non existent fortune I have inherited.

Until the next time, here is a humdinger of a track by Detroit icon -Bob Seger

Comments are very much appreciated as this is my first time at writing on blogs. Positive or Negative comments welcome!!