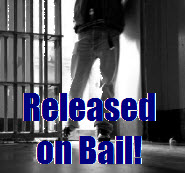 Another review “Football Bets” comes to an end after 84 days.

Let’s get the figures out of the way first.

We had 3 tipsters as part of this service who had the following figures after 84 days of the review.

P/L =  + 7.50 pts after 84 days. (again, ‘bettinglayingclub’ had a bit of a break after the World cup and came back at the start of the season also with some positive figures to show)

So in conclusion, Football Bets has been a tricky one really as I can only really comment on 2 of the Football Bets tipsters, one showing positive figures but in a shorter space of time than the other with negative figures, covering pretty much the whole of the 84 days Football Bets review.

Personally speaking I would be much more comfortable with less bets, especially from ’99Reds’ who has been pretty prolific in the number of bets given. Last Saturday we had 9 selections with only 3 of those winning for example.

There were also a lot of ‘double’ bets which to the best of my knowledge returned figures of 21 losing bets out of 30 selections! (keep away from the ‘dbl’s’ boys) So this is definitely heading for the ‘neutral’ section after taking all things into consideration with some signs of success coupled with a few ‘dodgy’ mixed bets. (I’m sure if there was a bet for ‘style of celebration after goal is scored, eg, somersaults, raised right fist, raised left fist, both fists raised, etc, then these boys would give us a tip on it!) (only half joking by the way)

So we’ll put Football Bets on the ‘released on bail’ pile pending further enquires and let’s see what the rest of the season brings.