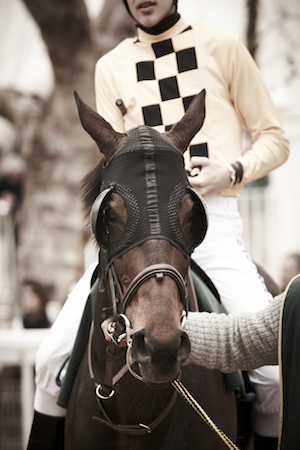 Distributed by Darren Moore of Betting Gods, a Manchester based company with authentic company number.

The author chooses to remain anonymous.

The trial was eventually over a period of 88 days.

An email was sent with all selections. It is usually around 11.00 a.m. but this has varied.

The email is very clear, giving reasons but NOT prices for all tips made. That is because all tips are advised and settled to BSP ( Betfair Starting Price ). Whilst this ensures all customers are getting the same odds as the web site claims, it will be possible ( at your own risk ) at times to do better with BOG bookmakers.

All bets are to 1pt win and a bank of 50pts is advised. That was not tested due to a very big priced winner on day two of the review. December saw a run of 25 consecutive losers which although uncomfortable is to be considered possible at the odds.

This would be better as a long term commitment as losing runs WILL always happen with selections at this point in the market. Joining at various points of the review would have returned vastly different results.

Selections were sent by email. As these tended to arrive up to just after 11.00 there was often little time to access them and place bets before the first selection was due to run. This of course would be less of a concern in the summer but should be borne in mind if unable to check and retrieve mail quite late.

A recap of the previous day is included along with reasoning for the current selections. My only slight criticism here is the lack of attention to punctuation and capitals which made emails a bit more difficult to read- but that is a pet hate of mine anyway.

Normally up to 4 tips per day so there is no great amount of time required to place bets especially as all are advised to BSP. If you wish to go down a different route it may have little impact on the overall profitability.

It is the first trial I have come across where BSP is used as the basis but this does make it fairer for all as there is no question of discrepancies in odds obtainable.

The trial made a profit overall. Starting 2 days later would have missed a big priced winner that accounted for virtually all the profit. Starting or finishing earlier would have avoided the dreadful run at the beginning of December where the first 25 selections lost.

With tips at these odds, a linear profitability curve is not going to happen.

The people behind this venture have been keen to get it reviewed in several places and it has been generally well received. I have undertaken a longer review than some other sites as it was profitable after 56 days and although less so after 88 days, the reasons are in the main as stated above.

It could hardly be simpler. Level stakes at basically a set time of day.

There is obviously a risk involved backing a mixture of favourites, horses in the mid range and a few outsiders. The overall SR appears good enough to cater for anything but the most catastrophic of runs. Level stakes goes some way to managing what risk there is.

Support was not called upon but contact was made with the promoter ( not the author ) and I’m sure that in the event of help being required, it would be forthcoming.

Time needed to apply the system

That depends to a point on whether the time taken checking to see whether the daily email has arrived is taken into account. Once received , placing win bets would be straight forward on Betfair, whether using a bot or not. Alternatively a BOG bookmaker could be used but results may differ from those shown.

As I mentioned earlier, it would appear to be a longer term project with ups and downs and that must be taken into account if hitting a poor run at any stage.