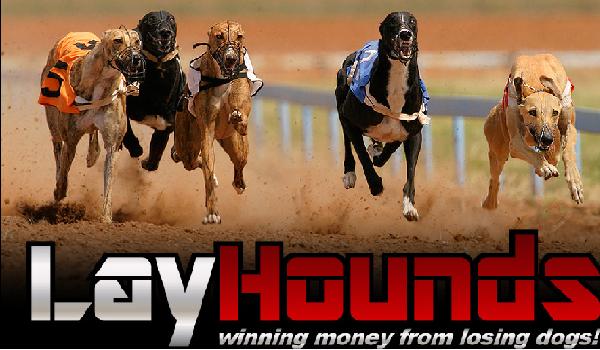 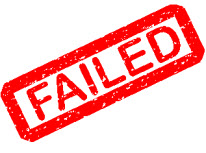 We have been advised by Betfan that this service is no longer available, as the author has decided to dis continue it.

Apologise for the lateness of the Final Review but i have been monitoring the results of the Lay Hounds service since the actual review ended to see if there was any improvement but from 21st June to 2nd July incusive there was 20 selections of which 15 were winning lays this is a 75% strike rate which is actual less than what i achieved on the review, this would have added an additional loss of  8.97 points if i had carried on.

So what is Lay Hounds?

The  Lay Hounds service advised  laying no higher than 8/1 but this is the bookies price not Betfair odds. The major problem with laying greyhounds is that you do not have  Betfair SP you can check, so prices can be haphazard. The actual percentage difference between the Betfair lay and the bookies win price is even greater than the horses and throw in  liquidity issues as greyhounds are a very much a  poor cousin when you compare the amount of money staked on a horse race it is not an easy business laying greyhounds..

The best i could do was to follow the live betting on Betfair and get the best lay price available in the last minute before the race was due to start, due to time difference i could not cover all the races but i got prices in over 80 % of them so i was able to work out an average lay odds in relation to the industry price. Now i said at the start that i would be working to no more than 11.00 on the lay market if i show the you the prices of some of the selections below i think you will see why:

Although none of the above selections won it would have made a serious dent in the starting bank if one of those had gone in, if you had followed the Lay Hounds service advice and layed any selection 8/1 ISP or under the Betfair Price lay odds would have been 47.50% higher on all bets by implementing the Betfair odds of not greater than 11.00 i managed to reduce this to 29.3% still high though. Anyway without further ado let’s see what happened during the 56 day review here is the stats for my method of not greater than 11.00 to lay on Betfair.

Although the strike rate was not bad it was not sufficient when you have an average lay price on your losing bets of 6.45, if it had obtained prices close to the industry one it might have broke even or made a point or two but we know this is not going to happen but once in a while but not on a regular basis, it should be noted that the results were been shown to the industry price on the webpage so could catch some people out. Moving on how did the profit and loss for  Lay Hounds workout over the 8 weeks lets look at the graph below:

Not great, the highest profit it made was 6.79 points when it reached 56.79 points in Week5 this was with a 50 point starting bank, after week 5 it was downhill if we had continued with the review we would have seen the line drop further down and see half of our starting bank missing. To be fair lets see what the stats show if you just layed any selection 8/1 or under:

Well as we can see there is a few changes from the previous approach namely a 5.70 points improvement in the profit and Loss column, better strike rate, ROI and ROL but to nulify this the average lay price increased by 1.23 points and even the SP increased another 0.77 points, so you could have reduced your losses by taking a chance on laying the high odds greyhounds mentioned earlier. Lets have alook at the graph for this one:

The lines are not quite so sharp at the highest point it almost reached a 10 points profit and now it lies just over 10 points down so the 6 additional winning bets helped things alittle but the graph would look a lot more dramatic if one of the large odds obliged would there be sufficient left in the kitty?.

First of all i would like to say that i received the e-mail selections well on time and not once was a day missed out even when there was no selections so well done to Betfan for that.

So how much does the service cost? currently you can get at the time of writing this review  a 50% discount for the first 28 days so it will cost you 25 pounds thereafter it is 50 pounds for 28 days. We had 19 non betting days this was due to no selections on a Sunday , plus several  greyhounds not qualifying due to being outside the 8/1 maximum odds.

I was hoping to report that i had found a different sport we could make money on, but in the end the service did not deliver and there are issues with liquidity and wild variations in odds between the bookies and the Betfair Lays which you have to contend with.

So after 56 days the Lay Hounds service lost on both ways and even following results after the review there was no encouragement as the results were worse than the review period, so i am afraid its a failed and jailed for this one.