Hi, Sgt Colin here, with a rather belated final review of Tennis Picks, which as the name suggests is a tennis tipping service. The tips are provided by David Stevens, who identifies himself as having been a tennis trader for over 15 years, having played at a high level as a junior.

Selections are e-mailed to subscribers between 10 a.m and 12.00 GMT each day, with recommended bookmakers to use (he recommends Betfair, Pinnacle Sports & Bet365). Occassionally I reviewed whether better odds are available using other bookies too.

My final review covers performance, ease of use & customer service.

Using the recommended staking plan the review was profitable, generating a 101 point profit (20% uplift on the opening bank). The hit rate was 54%. 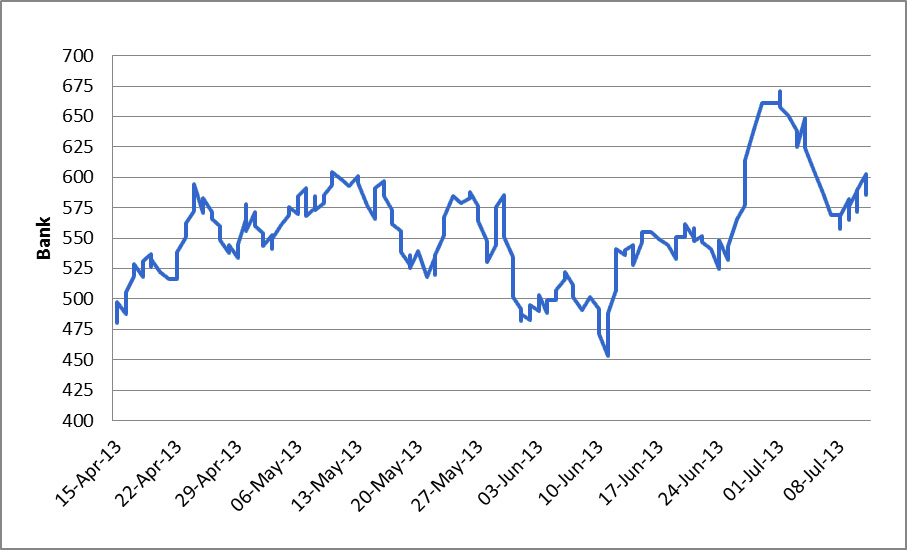 However, there are a few points to note:

To cover the cost of the service for 3 months, using the staking plan, you would have needed an opening bank of £1,275 and therefore be willing to place individual bets of up to £65.

Simple to use – it’s a tipping service. You just need to work out your staking level based on the closing bank from the previous day.

This was good. E-mails were received on time, and an initial problem with access was resolved quickly. Access to the website was also effective – so if an e-mail were to go astray, the tips could be accessed there.

Note that the results are published on the “Tennis Picks” website, and were an accurate reflection of my review figures. You will note from them that the service has been treading water over the last few months having made a blistering start.

Tips were received every day, and outside the majors (we covered the French & Wimbledon) consisted almost entirely of mens tennis selections. This is clearly his area of expertise.

I was rather concerned of the apparent need to come up with at least one bet each day – rather than deciding there were no value bets to be had. For example, on 9 days during the trial single, minimum strength bets were placed. Almost invariably these lost, and adversely affected returns by over 50 points.

So a positive result from the trial, with profits made, albeit only if you used the staking plan. Customer service was good, and the results posted online appear to be an honest & accurate reflection of the service.