The Snout FREE Tips 13th May 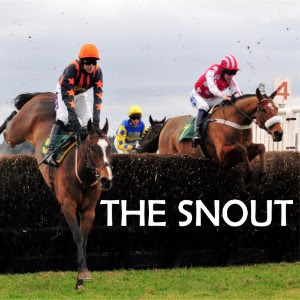 Saturday’s selections are below.
2.15 Ascot – APPEARED
Roger Varian and Andrea Atzeni won this race last year with King Bolete and I think APPEARED looks the best handicapped horse in the race. He won a valuable handicap at York last year off 83, and then disappointed when 15/8F next time up at York again. But, he ran a very encouraging race at Newmarket on his last start in September, when 5L behind Frontiersman (won for us last weekend) when trying to give him 9lb. That horse won off 101 last week and is sure to be a 110+ horse. APPEARED has been gelded over the winter and I think there is loads of improvement to come from him on fast ground.
1pt win 9-2 generally.
2.50 Ascot – DESERT ENCOUNTER
I was interested in Star Storm at  price but I think out of these, DESERT ENCOUNTER is the most likely to be the one contesting Group races during the summer and I think he looks cracking value here. He was highly progressive last year winning 3 times, and was then 3rd when 4/1 favourite for the Old Newton Cup. He was then 2nd at Chester when looking the winner all the way round before being chinned by Mountain Bell. That horse franked the form when an excellent 2nd next time up in a big handicap, so that looks completely solid. It wouldn’t surprise me if he had progressed again over the winter and I can imagine some big targets are on his agenda. I’m not too sure why Jamie Spencer isn’t riding but Sean Levey has ridden winners for the stable.
0.5pt ew 8-1 Generally. 3 places paid at 1/4 odds.
4.00 Ascot – TAUREAN STAR
An excellent renewal of the Victoria Cup and Fastnet Tempest heads the market after his 3rd in the Spring Cup last time out where he looked the winner all the way before getting lonely out in front. I was absolutely gutted with the way that race ended and he has obvious claims here at this trip, but as I mentioned when we backed him last time out TAUREAN STAR looks tailor made for Ascot handicaps and I think he has a huge chance here. He won LTO in what was a decent race under hands and heels riding and the vibes were that he would certainly need the run. This would probably have been the target before going on to one of the Royal Ascot handicaps, and he just looks so well treated here off 91, carrying 8st7lb with Spencer on board. Love him or hate him, he rides the straight track at Ascot like a genius sometimes and I really think he will get the best out of this horse here. The only slight question mark is the draw as the pace could come on the other side of the track but that is 1 question mark for a horse at this price and he is surely worth a bet, and surely going to be well backed.
0.5pt ew 14-1 generally. 4 places paid at 1/4 odds.
4.15 Lingfield – FOX TROTTER
This is a really interesting race with plenty of angles on show for just 7 runners but FOX TROTTER was so eyecatching last time out at Goodwood he looks chancing at the prices. He was well back in the 7f handicap on his seasonal reappearance and didn’t get the clearest of runs but absolutely flew home in the final furlong to only be beaten 3L in the end in a messy race. He has even been dropped 2lb for that run, so looks even more well handicapped, and is drawn nicely in 1. It is interesting to see connections take him to the all weather where he hasn’t raced before but I do think Lingfield will suit him coming strongly off that bend and he is too nicely treated to ignore.
1pt win 7-1 with Bet365 and Betfair.
4.25 Nottingham – WANNABE FRIENDS
WANNABE FRIENDS ran a very encouraging race first time up this year when 2nd at this track over a mile. He was given plenty to do by Spencer but stuck on really well at his task and indicated a step up in trip will bring out more improvement. He looks a typical lightly raced well handicapped sort and I would be very disappointed if he gets beaten here under Luke Morris.
1pt win 5-2 with Betfair.
Good Luck.
The Snout.